July 5, 2016 - Posted by: admin - In category: Driving While Intoxicated - No responses 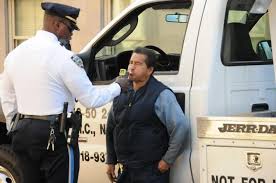 State’s may impose civil penalties as a result of driver refusing to submit to testing, however state’s may not impose criminal penalties upon a driver who refuses to provide a blood sample.  The court’s decision strikes down the laws in Minnesota and North Dakota that made it illegal for driver’s to refuse warrant less blood alcohol tests if they had been arrested for driving under influence.

A full copy of the court’s decision can be found by clicking here.